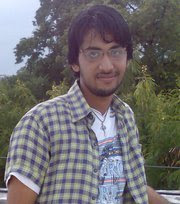 Subhasis Das a.k.a. Subho is the acclaimed author of Mom Says No Girlfriend and various other novels.

He manages a blog named Subho Unplugged at http://subhounplugged.blogspot.com. On his blog, he posts his novelettes and conducts reader-won interviews of authors. The participants of the event are allowed to ask the author any number of questions and they stand a chance to win a author-signed copy of the book.

I accepted to be his official reviewer.

How I got to meet Subho?

Well, it is a tale in itself. If scavenged through the earlier book reviews, you could find this story. Anyways, as I am to filled this part of the page, I would narrate the story once again.

As I am too lazy, here is the quote from that review...

On GoodReads, I have received a message on GoodReads from some person, named Subhasis. It read somewhat like this,

I read your reviews and find

them really interesting and genuine.

I had no idea what he was talking about. Anyway, I had decided to mail him, at least to know the subject of the deal. To know about the person, I clicked on his name, which directed me to the GoodReads page of author Subhasis Das (the author of Mom Says No Girlfriend and The Bowled And The Beautiful). That got me curious. Authors usually contacted me to get their books reviewed, the mysterious message from him suggested something completely different. Filled with curiosity, I mailed back him.

The basic summary of the exchange that took place through the mails and phone call, which followed that, is that Subhasis Das, other than maintaining a never ending profile of artistic value - like reading, writing, travelling, writing scripts for stages, directing, acting in plays and the list continued on with no end in sight - is also up for blogging (http://subhounplugged.blogspot.in/) and is going to post a interview of 'Chetan Bhagat' talking about his new book. I was taken aback. I was a hard-core fan of Chetan Bhagat. How is it possible that I didn't come to know of his new book? I asked him the same. He replied that it wasn't 'Chetan' but 'Ketan' Bhagat - the younger brother of 'Chetan Bhagat'. That was very curiosity-evoking. But I was still unaware of my role there.

He went on to explain that the authors he interviewed gave him a signed copy of their book and wanted his review. Being a close pal, he can't express the pros and cons (the latter mainly) without any inclination, in case there were any. "So that is where I come in," he had said. "I send you a signed copy of the book and you post a Honest and Unbiased review of the book on our behalf." Then, my role in the whole was made crystal-clear. Well, I was not disappointed by the deal. Instead, I was very happy for signed copy part. So I readily agreed. Post that incident, there was no communication between both of us for a long time, because he was out of town for a very long time and I was too busy reviewing other books to ask the whereabouts of my copy.

Then on I shared a mystic, brotherly relation with him. If I don't stop here, I go on to describe his nature and et al. But to people who don't know Subho, I must say, he is really fun-loving and jovial person. 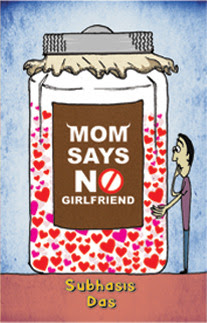 Received from: Subho, of course 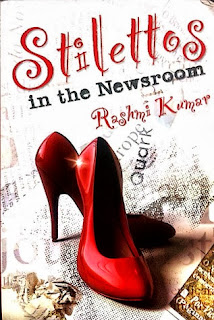 Stilettos in the Newsroom by Rashmi Kumar

Received from: Subho and Rashmi Kumar 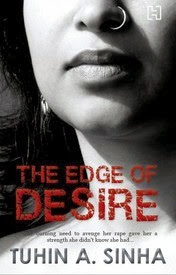 The Edge of Desire by Tuhin A. Sinha

Received from: Subho and Tuhin Sinha