Operation India One by Shiv Kumar 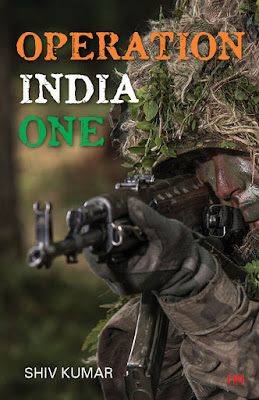 Dedicated police officer, ACP Gautam Dhaliwal, takes it upon himself to root out the MAF, a major Naxal organization based in the remote village of Bhagatpur, Bihar, as part of the central government backed, ‘Operation India One’. As his investigations on the ground progress, however, he uncovers behind the official facade of development that he had set out to defend, an ugly nexus of unscrupulous politicians, bureaucrats and businessmen feeding off the oppression of the underprivileged.

Torn between his commitment to the Indian State and the sympathy he begins to feel for the miserable plight of the people of the area and the supposed terrorists fighting for them, an agonized ACP Dhaliwal is forced to rethink his earlier views on the meaning of one’s responsibility towards one’s fellow countrymen.

Firstly, I need to apologize the author for the late publishing of the review. It has been a long time since I received the book, and even completed reading it, but, like it is now-a-days, I had trouble taking out time for reviewing. Sorry, Shiv, we will make it up to you.

A new addition to my collection of author-signed copies. 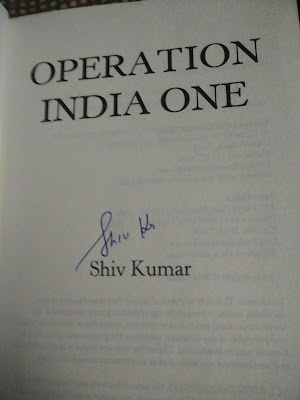 Thank you, Shiv, for the signed copy...

Frankly, the cover design is clearly a turn down. Of course, the bumpy title on the front cover is cool, the cover photo is truly disappointing. Frankly, I wouldn't give a second glance at this book with such a cover photo in a book stall. It is a no match to the blurb. The designer of the cover could've done a better job.

The book started of very interesting. Very much like any thriller. I was glued to the book. As pages turned, I got more and more curios as the story progressed.

But then entered Naxal part and the part that started pointing at the incompetency of our Government. Clearly, author had written this story with a political agenda. He wanted to bring about change in the society by pointing out the cons and depicting the struggles and methods of Naxals.

Author had done a great job making his point clear. The way he came up with such an idea is utter brilliance. He had a very good message for the betterment of the society.

The language was very simple and easy. My reading went along like a hot knife on butter.

But then came the Naxal parts where I had a very hard time sticking to the novel. Post this point the story grew dim and it felt like the life of the story is snuck out of it.

There were so many characters in the story, I felt the author could've put them to better use. He could've preached his message in a better and effective way.

Overall, the suggestion of this book is entirely up to the reader. If the readers enjoy political thrillers with lot of action, this one could delight them...