The Japanese Wife by Kunal Basu 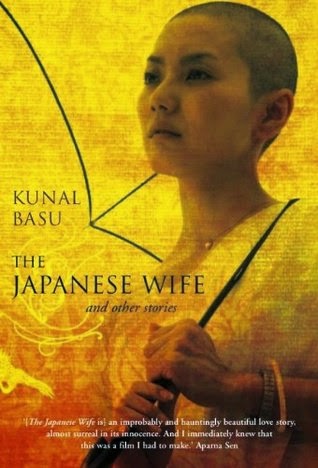 
An Indian man writes to a Japanese woman. She writes back. The pen-friends fall in love and exchange their vows over letters, then live as man and wife without ever setting eyes on each other – their intimacy of words tested finally by life’s miraculous upheavals.

The twelve stories in this collection are about the unexpected. An American professor visits India with the purpose of committing suicide, and goes on a desert journey with the daughter of a snakecharmer. A honeymooning Indian couple is caught up in the Tiananmen Square unrest. A Russian prostitute discovers her roots in the company of Calcutta revolutionaries. A holocaust victim stands tall among strangers in a landscape of hate.

These are chronicles of memory and dreams born at the crossroads of civilizations. They parade a cast of angels and demons rubbing shoulders with those whose lives are never quite as ordinary as they seem.


My take on the book:
It is pretty lame why I chose to read this book (just like most other times). There are two reasons. One: it is adapted to a movie. I have taken this pledge long ago: to read the printed word first. And two: it is hard cover. Hard covers have their own pleasures bound with them.

It is only after I started reading, I realised that it is a collection of stories and Japanese Wife is just a story among others.

This is my first by Kunal Basu, a Bengali. I hold Bengalis pretty high in standard. They are born artists, one Bengali friend told me. So I was pretty excited when I started reading this book.

The only best thing about the book is the language. Just the language, not even the narration.

Maybe it could be the wide-spanning setting which literally need the reader to jerk out from the previous setting that really irritated, which soon let way to boredom.

I literally had to crawl out through this book, all the while fighting back the sleep.

Since it is a critically acclaimed book, I want to mention that the above review is just my opinion (like in all other cases) and the reader is most welcome to try to read the book. After all, everyone's opinion varies widely...