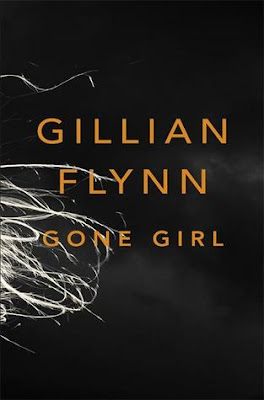 As the cops close in, every couple in town is soon wondering how well they know the one that they love. With his twin sister, Margo, at his side, Nick stands by his innocence. Trouble is, if Nick didn’t do it, where is that beautiful wife? And what was in that silvery gift box hidden in the back of her bedroom closet?

My take on the book:
The very first reason I ever got this book is because it won Goodreads Choice for Best Mystery/Thriller in 2012, among many others. The readers attested it to be the best and what else credibility was I looking for in a contemporary novel? The reason I started reading- believe me, it is different from the earlier mentioned one - it is that the movie was out.

And then I came across this video:

It was pretty bulky book, to start with. I had trouble keeping on track, The font was so small, it seemed it was forcibly fitted into the paper. But then the story was to-froing between two timelines, which are almost like two independent stories.

That said, one must be purely dedicated to the novel to complete it. At least, it took a bit of forcing myself to stay with the book. Then, that's it. You are bound to the book. You can't get your mind off of it. I sneaked it up every minute I could spare. It was so intriguing, so interesting, so gripping, you are obsessed about it.You can't stop thinking about it even after a long time of completing it.

I completed reading it a long time ago and only got time to review it.

I will warn you, the narrative might be a bit slagging, but survive through it and you are definitely not disappointed...