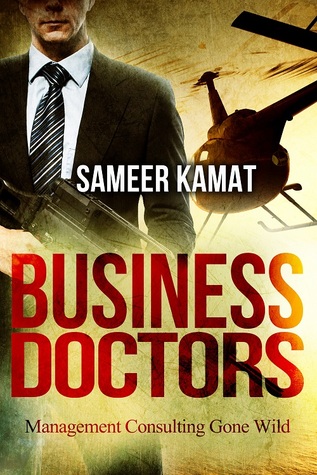 A reluctant Schneider takes on the challenge to analyze the problems and re-launch the underworld organization into the super-competitive, highly evolved world of crime.

My take on the book:
Firstly it is must to be noted that the book is a self-published venture. The author's dare of taking the risk must be really lauded. If I imagine myself in the author's place, I would never have done what he had done. Well, money is not the matter, but being a reader I know that most people look down up on these self-published book. Now, I don't how much such self-published ventures had made it to the lime-light and became a hit, but as a reader myself, I understand pretty well the stigma attached to the tag 'Self-Publication'.

"If it worth reading, some or other publisher might have published the book." It is common sense. That is most of the people draw up to. Finally, they give the book a slip, however compelling the blurb sounds.

I guess it is time to stop, wait and ponder over the topic. I have recently learned that not all good books make to the printers of the publishers. Many are rejected even without receiving a second glimpse. So with so much competition, so many people with their own manuscripts, it is not very easy to get one's work published - however innovative the book is molded.

Other than that, if the author is well too sure that his book would be a hit, he might self-publish for better profits. True or not, I have heard that a good author is offered 15% royalty and that's the most. Seriously, it is very difficult to survive as an author in today's world!

Getting over the self-publishing thing, let us walk into the aspects of the books.

Firstly, I would like to express my dislike for the cover design. The first impression I got from it is that of an non-fiction. Also the tagline that adds up to the same reason. The destroys the reader's view, of course.

Another doner is the font and spacing. It is all the same. There were no indents, either. No double spacing between paragraphs. Was that that difficult, it left me wondering. That itself discouraged me. Though the story was a bit on the interesting side, it took this long - more than 10 days! - for me to complete this, 240-pages book!

The story is pretty much what the blurb depicts. Equally thrilling and interesting. However, first half was a bit lagging, but the second half made up to it.

Though it had disappointed me to learn the names of the characters which were purely western and also the setting of the story, but then a little afterthought explained that a action-filled, thrilling story like this one can't take place in Indian setting. It made sense then after.

Overall, it was a mediocre read. Perhaps the longest I had taken to read so short a book...