The Pregnant King by Devdutt Pattanaik 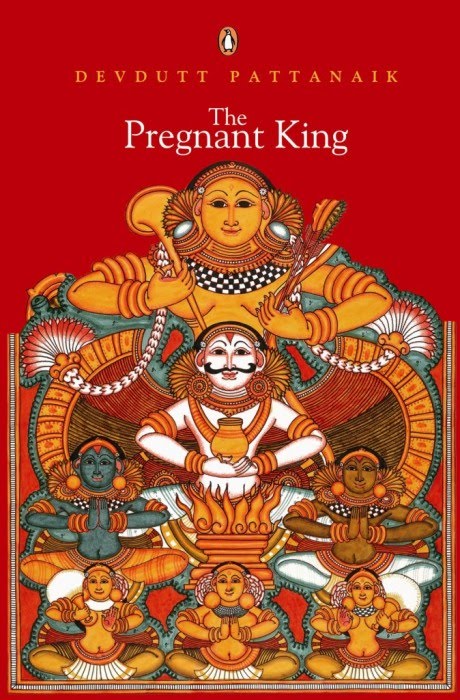 The Pregnant King by Devdutt Pattanaik

‘I am not sure that I am a man,’ said Yuvanashva. ‘I have created life outside me as men do. But I have also created life inside me, as women do. What does that make me? Will a body such as mine fetter or free me?’

A first class kudos to Devdutta Pattanaik, for writing such an interesting, yet an intriguing story.

The title “The pregnant King”, isn't it bizarre? I guess it is. So I picked up this book merely for its eccentric title. After reading, my “GUESS” is turned into “SURE”.

Yes, the story is bizarre (read the blurb), unconventional (only few know it’s a conventional), intriguing (story longs in your mind even after completed reading it, for several days), entertaining (I hooked up till I get the end), interesting (the story is based on Indian myths about which, I know nothing), out-of-the-path (the concept on which story is based and the questions, the story is imposing).

The story is about Yuvanashva, a childless king, who accidentally drinks a magic potion meant to make his queens pregnant and gives birth to a son. Then, there, started the story of struggles of contradicting forces.

The story is taken from “Mahabharata’, one of the greatest epic and certainly one of the oldest. Those who know about Mahabharata, certainly know that this great epic is written, by Vyasa, about Kurukshatra, the bloody battle of Pandavas with Kuvravas to withhold Dharma. Then, what's about the side characters and the several myths which are concocted in the Mahabharata. Devdutta took one of such myths and told such a profound story in a contemporary style.

Questions, the story is imposing:

This could be a contemporary story without having any myths. Then, people might not accept it. In a country like India, still now, where a bride can choose her bridal saree, but not the bridegroom, she is going marry.  So Devdutta picked up the myths in India, which are already telling the truth - Every person has a Right to become what ever they want to be, which both society and its people are ignoring, added his own imagination and made the truth acceptable in a contemporary world. That’s what I liked most about this book, the brilliant way of telling a story and making it acceptable in a practical world.