Rage in the jungle, Raj on the street by Doctor Kesi 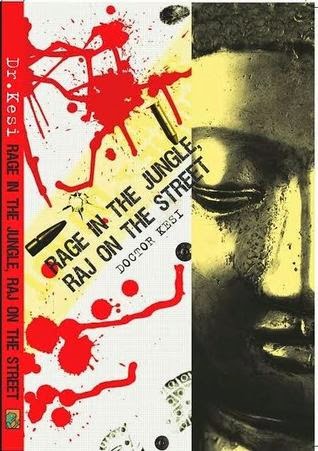 'Rage in the Jungle, Raj on the Street', is a story that captures the essence of a group of people caught in a strange predicament.

Political activist Neema unwittingly puts her family - a widowed mother, old husband, a little daughter in jeopardy, while pursuing Buddha, the encounter specialist, for his false encounters. Buddha, with his dogmatic belief in an extreme definition of patriotism, was tempted to stage false encounters on a terrorist couple. Chased by his pursuers, he finds himself in an awkward place, which he must have not dreamed of in the wildest of his dreams.

Sambhu, an absconded bonded labor-turned Maoist was in Neemas company, knowing precious little of how fast his criminal past would catch up with him. Or that he would again meet the same terrorist-cum arms peddler from whom he had purchased the AK47s, in exchange for hashish, cultivated to fund Maoist activities.

My take on the book:
The author's name had got my attention the first time I read it. Doctor Kesi. Hm, I haven't come across an author with such a name. Not at least, a novelist with 'Doctor' tagged on his novel cover. Well, it turned out to be a synonym. Not that, the author is not a doctor. I am not sure of it, but his name isn't Kesi. It is an abbreviation of his name. Kesi - KC, which is expanded to form his name, which I can't correctly recollect.

Before I go further with the review of the book, I want to thank the author for the generous act of sending in a signed copy of his book. 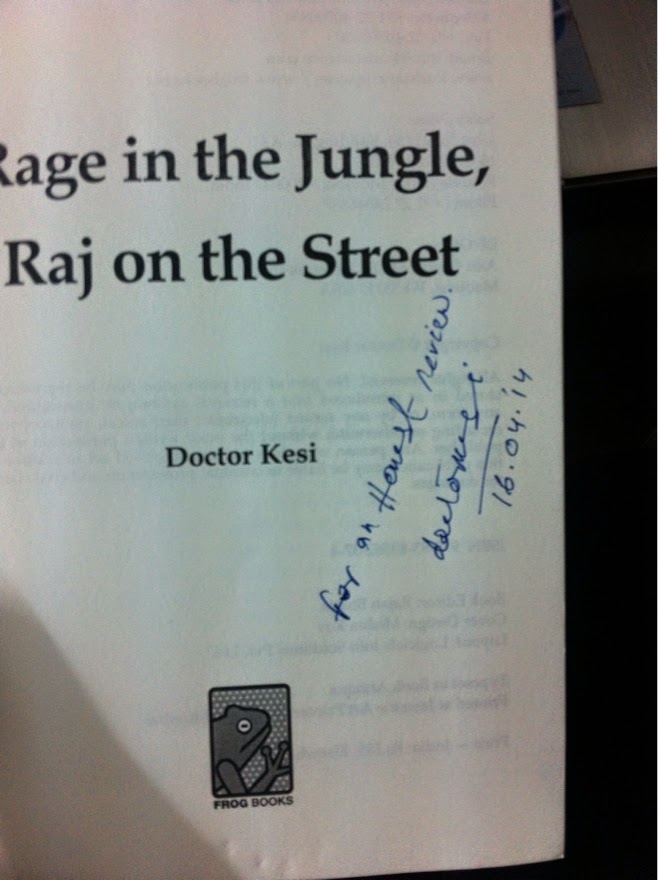 The moment I started reading the book, the author's language had really intrigued me. It is complicated, yet interesting. Interestingly complicated, perhaps.

But the Leadstart Publishers'  customary indent-less paragraphs were pretty tiring to look at. They were so discouraging that I had to literally force myself to read this book. I just hope that they change it sometime soon - which is certainly impossible, I can say.

To talk of the story. The plot was of all things, filmy. A Bollywood movie could be based on it. It is a risky plot to be chosen by an author, too. It is what I call, if I were to write something like this, laborious. However, I felt that the author must have chosen better names. Buddha? Dr. London? These just depict the lack of creativity - of which I don't want to comment.

That is how I got over with first 100 or so pages. Then started my labour. I was dropped into the middle of the ocean and was swimming, hoping that shore lies in that direction. It was struggle past those first 100-pages. Now, if I wonder how I came across the first 100-pages, I realise I was in a hurry to find out what this book is all about and so read the 100-pages in a go. After that, I don't know why but the story started to lose the grip. It started to seem too elongated to hold the attention of the reader and I was fighting to continue with the story.

However at the end, the story seemed just fine. Though not as exciting as it started out to be - or the way I presumed it to be - it was fine...

Title: Rage in the Jungle, Raj on the Street