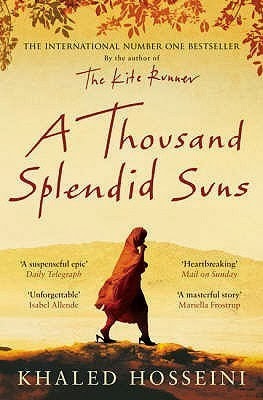 This book had done to me that which I had never experienced, ever: It abandoned me.

Yeah, you read it right. I didn't abandon it. It abandoned it. Well, it was actually my fault.

This was probably the last book I was writing last year, and was travelling. It was an overnight bus from Hyderabad to Chennai. When I woke up the next day, the bus had reached the terminus and the conductor of the bus was literally yelling at me to get down, so I had to de-board in haste.

Back in my uncle's home, when I was unpacking, I couldn't find this book in the bag. Well, I placed it on the top in my bag because I was reading it the previous evening when I boarded the book. That is when I realised that I left the book on the overhead luggage compartment of the bus!

The next half an hour, I spent cursing myself for the folly. In the book was a bookmark, designed and made by the other author of this blog, Srinivas.

I tried to pacify myself on the fact that the book was withering. Actually I got this book from a local bookstore that sold second-hand books, back in Hyderabad. It's binding was not in a great condition. The cover of the book gave off, always letting the pages slide and disorient. In fact, even before I got the book the initial pages were missing. I didn't notice that when I bought that book from the bookstore. Though not entirely, it provided some sort of solace. I pledged to get a new book and complete it. Which I did.

Blurb (from the jacket):
Mariam is only fifteen when she is sent to Kabul to marry Rasheed. Nearly two decades later, a friendship grows between Mariam and a local teenager, Laila, as strong as the ties between mother and daughter. When the Taliban take over, life becomes a desperate struggle against starvation, brutality and fear. Yet love can move people to act in unexpected ways, and lead them to overcome the most daunting obstacles with startling heroism.

Our review:
I wonder how so long a book could be described in so small a blurb. And then I know that no number of words can describe this book or its story. You have to just read it with your will, and with little knowledge about the story.

I wouldn't have commented about the cover design. It is simple and pleasant. But during all these days of reading, I couldn't help pondering about the woman's footwear in the cover design. Heels? Seriously? It is like watching a vagrant clean-shaven and clad in a suit. Well then I know very little of the people in Afghanistan and their lifestyle. Maybe wearing heels is customary for woman over there. If someone's comes to my rescue, I would be grateful.

The narration of the author, Khaled Hosseini, I noticed, is very similar to that of Jhumpa Lahiri's. Though, the latter uses smaller paragraphs mostly, the detailing and the pace is unmistakably similar. I would say, if I am allowed, that even their stories follow a similar pattern. I mean they share this facet of highlighting the thoughts and emotions, the detailing of backdrop and also leaving the reader nostalgic.

The story is primarily about women. Though there are many characters of other sex, but it primarily concentrates on two characters: Mariam (I love this name) and Laila. Before now, every book with a girl as a lead was a chic-lit, but not anymore. Never once did I feel out of place when reading this book. It is the emotions and plausible experiences a women could feel at that space and time. More beautiful was the author's expressions. To know more about the story, there is nothing more. It is just about how unfair the fate could be with some, at sometimes. Too much emotions. And too many emotions. I am still collecting words to express more about the story. In fact, if you want to know more you just have to read it.

I must say, during the middle part of the story, I was pretty bored. The narration had become very slow. And the story had taken such turns that I started to hate the unfairness of the fate. I had even decided to give one and a half less than the number of stars I had given below. But like it happened previously, in the case of The Kite Runner, the author had won my heart with end. The end was, as I like it, fast-paced and pretty moving. It is the trademark-end of Khaled Hosseini.

Final verdict:
Overall, if you read this book, which I recommend you do, and if you feel bored in some part, I suggest you to hold on as the exciting part is yet to follow. Don't try to hurry through this book, read slowly and let yourself get lost in the magic Khaled Hosseini's word do to you.