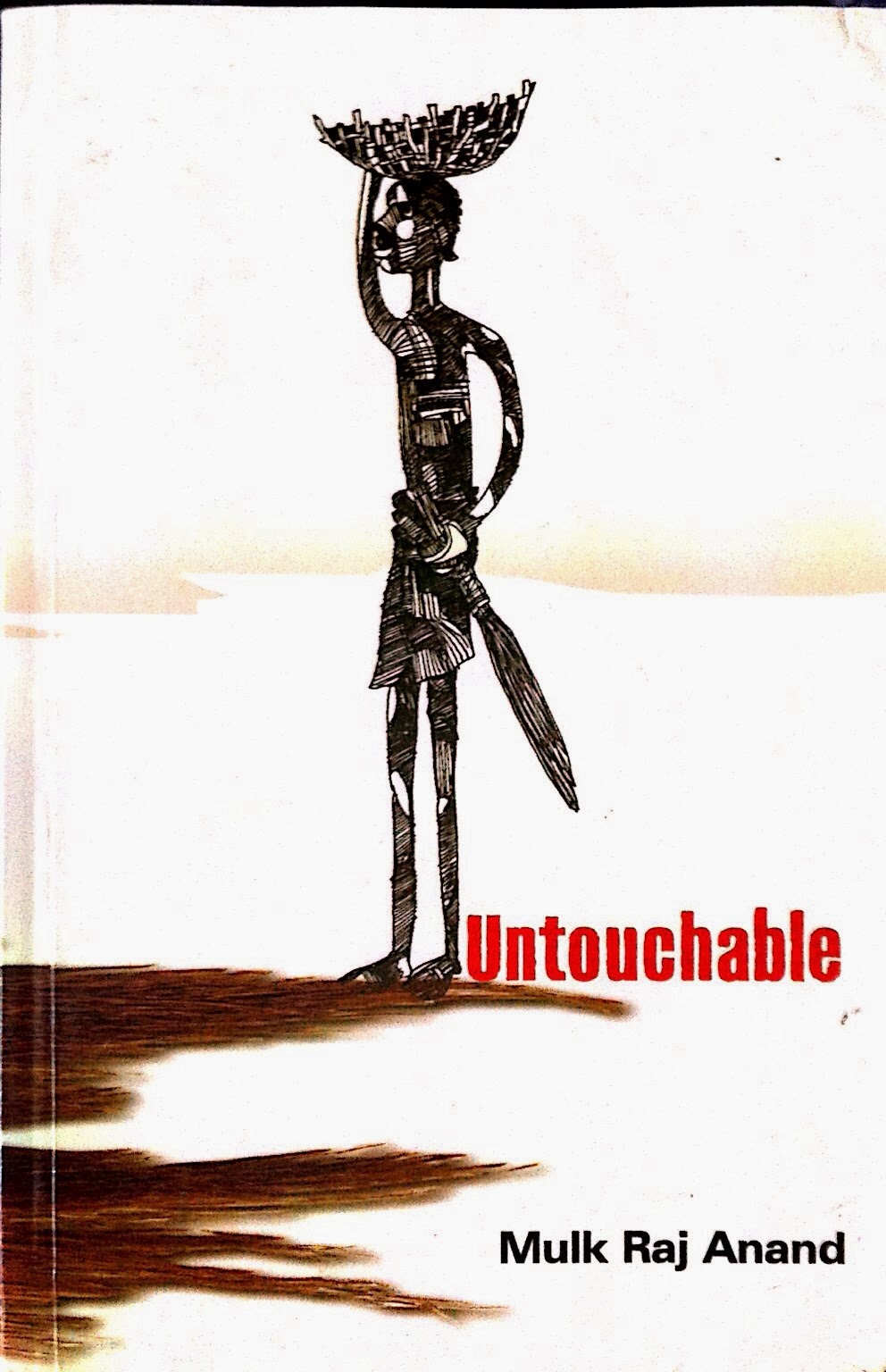 In my spree of reading more Indian books than international authors, I have read a quite a wide array of books. Most of them were love stories. IITians. IIMs. Contemporary college romances. Some chic-lits. Then came intense stories and authors, like Amitav Ghosh, R. K. Narayan. With Narayan came Mulk Raj Anand.

A line in the author's introduction in this book goes like this,

"... he together with R. K. Narayan, Ahmed Ali and Raja Rao, was one of the first India-based writers in English to gain an international readership..."

I have read R. K. Narayan. I see him as my idol. I admire his work. I decided to try Mulk Raj Anand in the hope that he writes with the same intensity as Narayan.

Well, I am disappointed. They are no same authors. They way of fiction differ entirely from each other, save for one aspect. Only that they write about Indians. Even the societal class of which they describe in their story differ!

But it must be accepted that every author has his own way of writing and his own stories. No two author's work must be compared. Keeping that in mind, I move on to write the review to a book, whose type I have never encountered before. It was fresh. New to me. And refreshing.

Blurb (from GoodReads):
Bakha is a young man, proud and even attractive, yet none the less he is an outcast in India's caste system: an Untouchable. In deceptively simple prose this groundbreaking novel describes a day in the life of Bakha, sweeper and toilet-cleaner, as he searches for a meaning to the tragic existence he has been born into - and comes to an unexpected conclusion. Mulk Raj Anand poured a vitality, fire and richness of detail into his controversial work, which led him to be acclaimed as his country's Charles Dickens and one of the twentieth century's most important Indian writers

Our review:
There are not many editions of this book let online. I have like stumbled upon couple of different editions - this one and other, from Penguin Publications. The cover picture of the Penguin edition had a person - low-caste person, from his attire - standing erect, posing for the photographer. Though it was pretty boring a cover picture, now, after reading the picture, I could picture Bakha - the protagonist of the story - in the same attire and also almost same in appearance.

But I chose this Mehta Publications' edition for its cover picture. It is more artistic and not very formal like the former one. It depicts the sweeper, which the protagonist is, of the British India.

Like I have already said, I was expecting a Malgudi kinda story. A random incident from India of good ol' days. In fact, I didn't read the blurb of the book before starting reading it. That is the reason I didn't know very aspects of the story. For instance,
And so on...

I actually didn't know that the book was written in the narrative style called Stream of Consciousness, until I read the author's note at the end of the book, which clearly stated that he, Mulk Raj Anand, "had tried not only to assimilate the stream of consciousness method, of Jamce Joyce, but had allowed" himself "to imitate his word coinage, puns and other literary eccentricities."

Being in literary circle for around 2 years, I have heard of this word, Stream of Consciousness, quite a many times, but never venture to know its true meaning. Well, now I know. I have checked the Wikipedia. It had a very huge article about it. I read all of it and thought my own definition of it is simpler. It is, If a whole paragraph, which is longer than 5 lines, is made up of only one sentence, it is Stream of Consciousness.

I even checked out my copy of Ulysses by James Joyce, there are paragraphs in that book that extend for pages. Or maybe, a whole chapter is a single paragraph. A matter of few lines, perhaps. It is even more difficult to write in the method of Stream of Consciousness, than to read it.

Overall, it was a refreshing experience. I now know how Mulk Raj Anand has gained such acclaim in international market. Every other country like miserable stuff. And this book has enough miserable-fodder to satisfy the hunger of all those miserable-situation-seekers with a over-nutritioned burp.