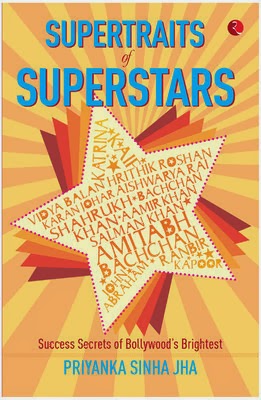 I have received this book from Reshmy Pillai (of thetalespensieve.com).

Blurb (from the jacket):
Amitabh Bachchan, Shah Rukh Khan, Hrithik Roshan, Ranbir Kapoor, Katrina Kaif, Vidya Balan, Karan Johar. Each of these celebrities are adored and looked up to by millions who aspire to emulate their success stories. But what is it that separates them, and other Bollywood stars, from the rest? Which is that one defining trait that makes them stand out, and how can you benefit from knowing it?

In this one-of-a-kind book, Priyanka Sinha Jha looks at eleven luminaries from Bollywood, and the attribute that is perhaps most responsible for their success. She details their stories, their struggles, their efforts to overcome setbacks, and what it is about them that made them not just reach the top of their game, but stay there. Be it Amitabh Bachchan’s discipline, Aamir Khan’s perfectionist nature, Salman Khan’s generosity, John Abraham’s enterprise or Aishwarya Rai Bachchan’s grace—each star has one unique quality that others can imbibe to reach greater heights in their own lives. With pithy observations and inspirational conversations, Supertraits of Superstars will show you how to live life star-size.

"Supertraits of Superstars could be a guidebook to a lot of youngsters out there who want to reach out for the stars and touch the sky." - John Abraham

About the author (from inside the covers):
Priyanka Sinha Jha is a journalist who in her eighteen-year-long career, has written on celebrities, films, lifestyle, business and more. She has been a correspondent for publications as varied as Citadel, The Asian Age and Intelligent Investor. At the age of twenty-six, she became the editor of Society, India's first celebrity magazine, followed by a stint as editor of HT Style and HT Saturday. Currently, she is the editor of Screen, India's foremost film and entertainment weekly. She has also contributed to Outlook, The Week and Tehelka, and has a regular column in The Indian Express: Play.

Between analysing celebrities and earning her daily bread, she likes to travel to unknown destinations, watch films and argue endlessly on egalitarian issues with friends and family.

Our take on the book:
I was pretty astonished when I received the book on 22nd and completed reading it on the same day. 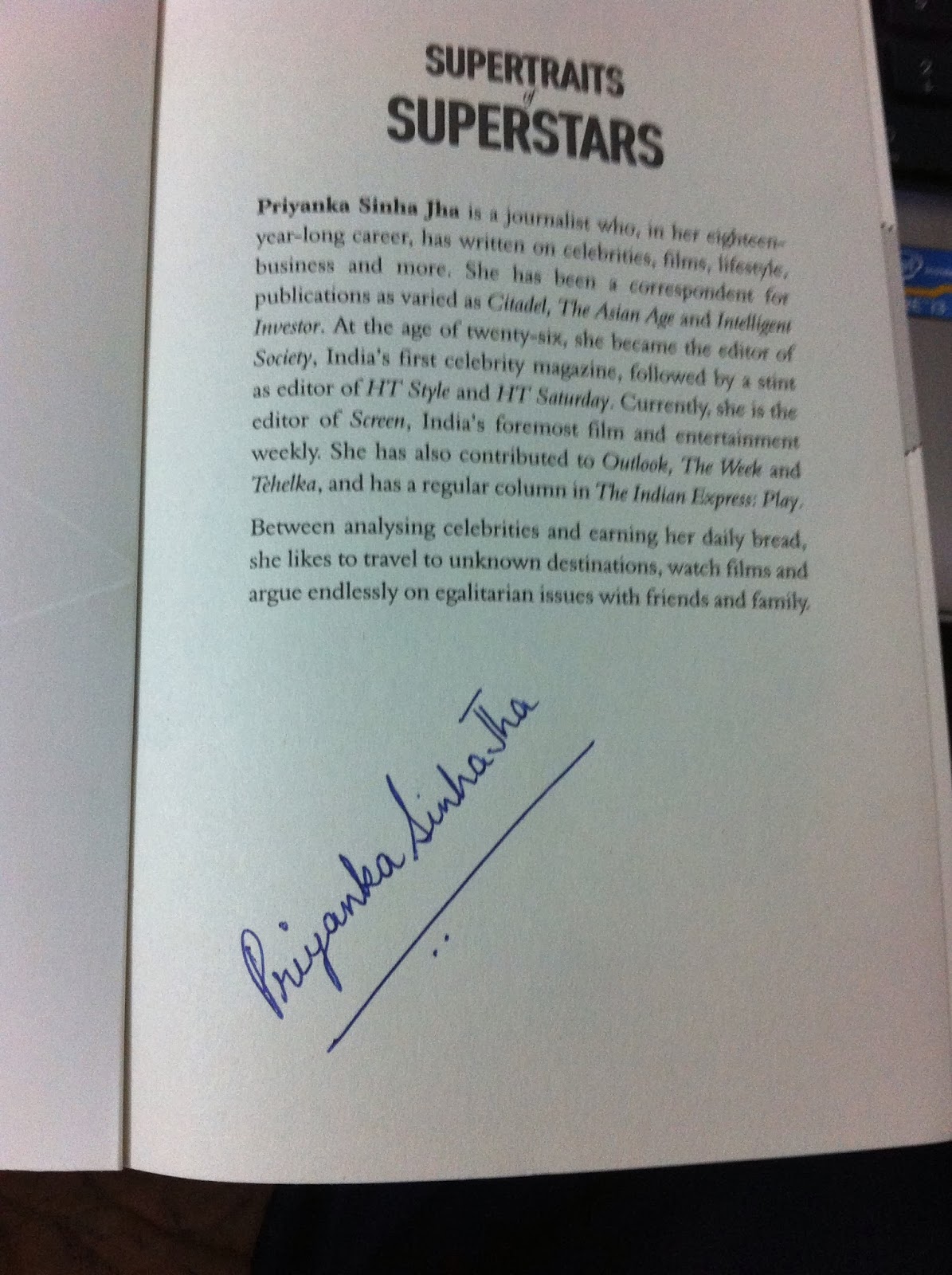 A special share of gratitude to both, TTP team and the author, for the author-signed copy...

In fact, I had seven days in hand to read the book. When I just opened the book to give it a stroll, I was hooked and I never knew when I turned pages until I was greeted by the back-cover of the book.

Among all these positive aspects, the only one and sole negative aspect is the boring bits. They weren't many of them, but they were there, which kind of sucked off the magic out of this book, without which the book had been a perfect-ten.

A quick read that will you keep you hooked until you turn the last page of the book. And that too, when you are least aware of it. You get through the entire book in one go and you wouldn't face a single moment of strain, tiredness.

The best deals of this book could be found here: