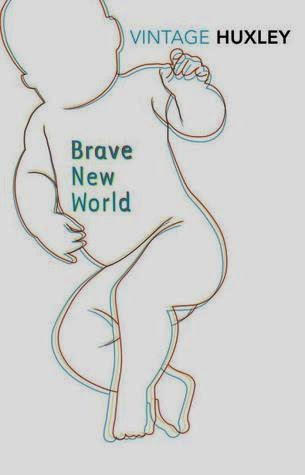 If you are a regular follower of my reviews/blog you would be already aware of my fetish for Dystopian novels.

I have already described for fascination for Dystopian novels by stating, I don't read them out of fear of running out of them. Or something like that. That exactly defines my obsession for them.

Well, that doesn't mean that I love every Dystopian-themed story. For example, consider my Dystopian favourites - Anthem, Fahrenheit 451 and The Road, for now. Though they all are based on some Dystopian future, they all have a hidden meaning and a worthwhile twist at the end.

And then, there are other Dystopias, too. Like Hunger Games - which I haven't read yet, but hate it anyway for its romance and all. I haven't seen the movie yet, so I can't be certain about my ideology, but I could comment by its blurb.

My kind of Dystopias are the movies like The Road, The Colony, Equilibrium, etc...

Other Dystopias you could find here... (regularly updated)

Far in the future, the World Controllers have created the ideal society. Through clever use of genetic engineering, brainwashing and recreational sex and drugs all its members are happy consumers. Bernard Marx seems alone in feeling discontent. Harbouring an unnatural desire for solitude, and a perverse distaste for the pleasures of compulsory promiscuity, Bernard has an ill-defined longing to break free. A visit to one of the few remaining Savage Reservations where the old, imperfect life still continues, may be the cure for his distress...

Huxley's ingenious fantasy of the future sheds a blazing light on the present and is considered to be his most enduring masterpiece.

My take on the book:
This book is one of most eagerly read books of mine. The ratings and reviews about this book talk very high about this book and add to that, it is a Dystopia - the reason why I was eager. There were pretty high stakes about it. The same feeling when I first read F451.

Another positive physical aspect of the book is it's shortness. Just like in the case of F451, again.

The very first chapter of the book had disappointed me no end. As always, I had started it without any prior information. I didn't even read the blurb, just for the reason that I know I would read the book anyway. Now even the various introductions and foreword. The whole of first chapter goes on explaining various sciences behind the process of baby "decantation", which is equivalent to today's "giving birth". To my dismay, the second chapter discussed the same, too! That was the case till half of the third chapter. Too much description and science, I felt. Describing about the perfectness and fundamentals of the environment in the story. But I think that could be spared for the further narration and rising the pace for a bit. But the author had disappointed me from the very first.

Later, the story progressed, the protagonist of the story, Bernard Marx, is introduced and stories revolves around both the leads - Bernard and Lenina.

After reading this book, I fell I fall among the very few who had disliked this book, for all its hype. This is what could be called an overrated book. I just hope there was more to it than what the author had presented.

The first aspect of the book is its confusing narration. Maybe it is the English used during those days, but it was pretty hard to grasp the actuality of a sentence. With every sentence, my interest was declining to such an extent that I was slipping into a void of depression. So high were my stakes on this book. After all the defering, it ended so disappointing.

However, with a humongous effort I had finally reached the end of the book and finished it. It was so absurd a story with a widely varying twists.

Overall, I can't be certain. The rating and review are my personal views. How much ever I tried, I couldn't just get myself to like this book. At the end, even you might like it, so give it a try to find it out yourself. If you didn't like it, do leave a comment below. Of course, no offence to people who like it.