The Reluctant Messiah by Hettie Ashwint 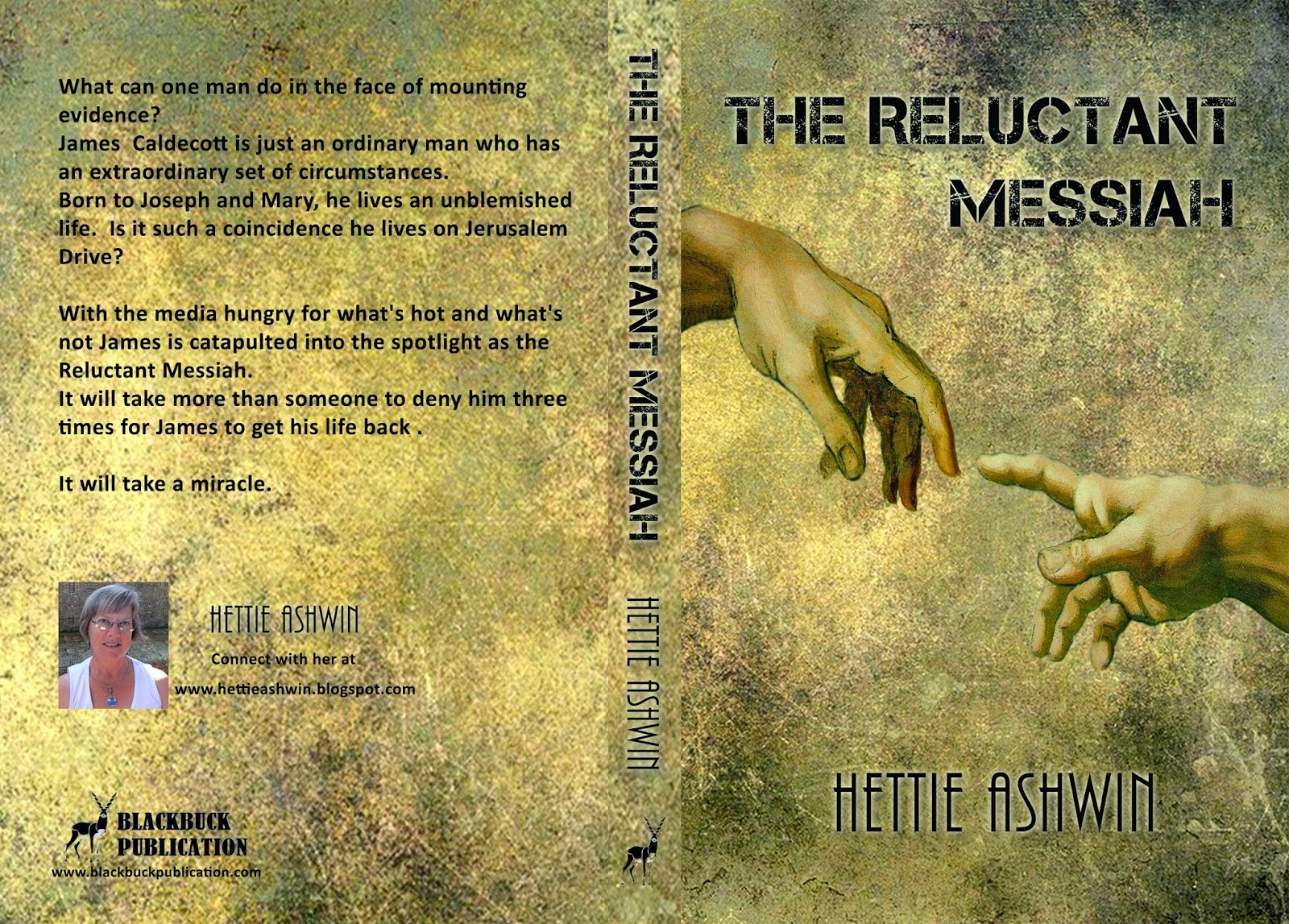 What can one man do in the face of mounting evidence?

James Caldecott is just an ordinary man who has an extraordinary set of circumstances. Born to Joseph and Mary, he lives an unblemished life. Is it such a coincidence he lives on Jerusalem Drive?

With the media hungry for what's hot and what's not James is catapulted into the spotlight as the Reluctant Messiah.

It will take more than someone to deny him three times for James to get his life back.
It will take a miracle.

About the author (from the book):
Hettie Ashwin has been widely published in print magazines and on-line. Her writing includes humourous column style articles, short stories, novels in various genres and non-fiction boating pieces, which is handy as she lives on a boat in Queensland, Australia.

Oh, and she has an enlarged funny bone, which has a marked influence on her writing style and her life in general.

Our take on the book:
This is one of the two books we have received from BlackBuck Publishers lately. And like the last one - A Country for Men - I am pretty moved by this one, too...

There was little going about describing the surrounding. The story straight hit the gas peddle and paced at a break-neck speed. The very first chapter describes the 'cat dying' incident which changed the protagonist's life forever since.

The story had humour to it. In fact, the plot itself if built on a very ticklish stream - a denying man, hailed messiah.

At some point it wondered me, what has it got with India? I mean, it is published by Indian publishers. It can't be published just because it had a good plot and a smooth language. And then, I realized, Old City Charminar Road or Jerusalem Drive, there isn't much difference. In fact, India for, various other of its counter-parts, is famous for its Babajis. I am certain, a great deal of those babajis have turned one by mistake, with no supernatural powers or Godly interventions.

Overall, it was enjoyed read. Comedy turned tragedy. For a great part, refreshing in its own sense.

Update: Now, after writing the review, as I label the review, I am at lose of shelves to tag this book under. After reading the book, it is giving me a very hard-time... :D