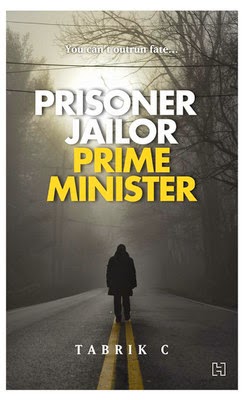 This is the first book received for our blog, for reviewing from BlogAdda.

India has a new Prime Minister but is Siddhartha Tagore the product of his genius or of his dangerous mind?

India is on edge, as a subversive internal revolt against the Constitution and the threat of Jehadi terror of an unthinkable level, are looming on the horizon. Ringing Shivas damaru in and out of Parliament, a sudden turn of karma catapults outsider Siddhartha Tagore - a conflicted genius, music maestro and prodigal son, with forceful views on China and Pakistan into national prominence as the head of the Opposition Alliance and finally as the newly elected Prime Minister of a disturbed nation.

But buried secrets are being resurrected and threaten to expose the past. Twisted within the double helix of menacing politics and hidden lust, Prisoner, Jailor, Prime Minister is a scorching account of Siddhartha Tagore's fascinating journey from Harvard to 7 Race Course Road.

About the author:
Tabrik C is an Author & Political enthusiast. He is also a perfumer and internet entrepreneur. He has a post-graduate degree in History from St. Stephens College Delhi, where he was the president of the student’s union. His special interest lies in observing, analyzing, predicting and debating the rise and fall of political personalities and their influence on the destiny of nations and individuals.

My take on the book:
The book came with this lovely message-card attached to it... 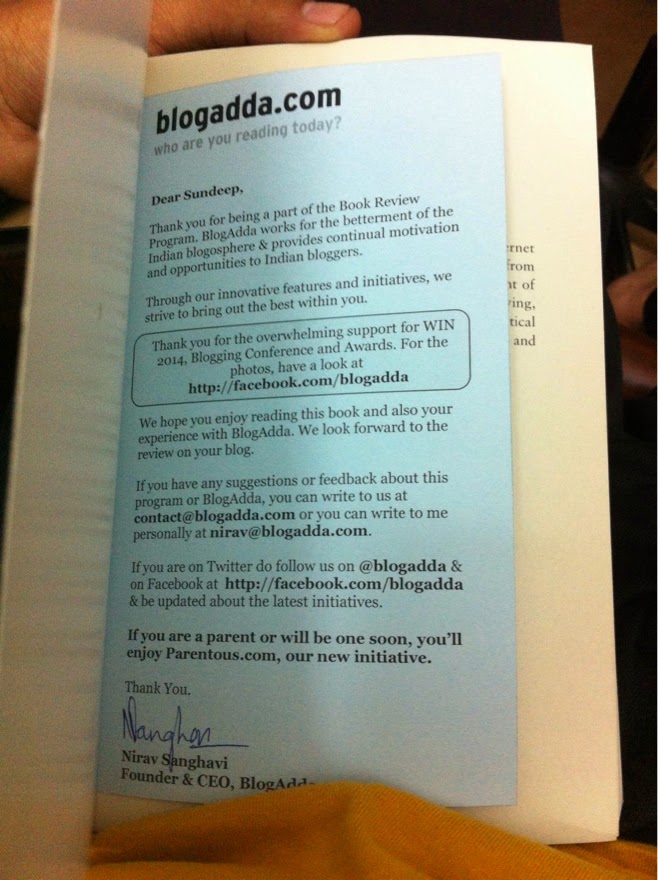 And also this lovely bookmark...

The title of the book sounded pretty familiar. Not exactly familiar though, as this book has just hit the market. Yeah! The famous work of John Le Carré's: Tinker, Tailor, Soldier, Spy. Except that the commas (,) that appeared on every online portal, were not printed on the cover of the book. Yeah, yeah, I totally understand it is a bit unfair to brag about a tiny punctuation mark, but look at it. Without the commas (,) senseless. However hard I try, I just can't let it pass and believe it to be a slight mistake.

Basically, when I held the book, it had a great feel to it. I loved the un-plastic-coated cover of this book and its rawness.

The story had started pretty fast-paced. I was hooked to it the from the very first page. In fact, the read the first half of it in one-go. It was so interesting. It was getting harder to divert the attention off of the book. But near the middle the pace had slackened and it was becoming a struggle to maintain the concentration on the book and the story.

Also the altering narration, between the present and the past, was pretty disturbing. I was trying my best to keep to together but once came a point when I was finally fed up thought of giving up the book. You know, they were like little thorns on the way up the stem of a rose. They were just delaying the building up suspense, holding back the thrill.

Overall, it was a biased read. Not everyone will like. Some people will extremely love it, while other will hate as much. So it is one's own interest and risk that matters. If you are a fan of political thriller, you must read it...

This review is a part of the biggest Book Review Program for Indian Bloggers. Participate now to get free books!