The Treasure of Kafur by Aroon Raman 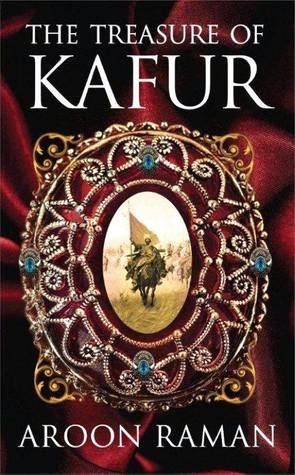 ‘The fate of an Empire trembles in the balance…’

Hindustan, 1580 AD. The Mughal Emperor Akbar is at the height of his power, seemingly invincible. But twenty years of war have earned him many enemies, and rebellion is brewing, led by Asaf Baig, the tyrannical ruler of Khandesh. Baig has stumbled upon the knowledge that the fabulous lost treasure of Malik Kafur, that will guarantee victory to Akbar’s enemies, is known to an old woman called Ambu.

Baig Kidnaps Ambu to wrest the knowledge of the treasure from her; but her twenty-year-old grandson, Dattatreya, escapes and flees across Hindustan to enlist the help of the one person who has the most reason to stop Baig – the Mughal Emperor himself.

Staying one step ahead of capture and death, Datta is swept up in a world of kings and warrior princesses, of uncommon friendships and an implacable evil; and a desperate race against time to save his grandmother – and the Empire.

Aroon Raman, national bestselling author of The Shadow Throne now brings us a riveting saga of action and adventure set in Mughal India.


I had had the privilege of reading the author-signed copy of Aroom Raman's first novel's The Shadow Throne. Like I have mentioned in the review, I loved it immensely. Hence, there was high hope when the author had re-contacted us for reviewing this book of his.

When I started the reading, as the prologue progressed, where the Kafur's treasure was being hurled over to somewhere, I was thinking that it was a National Treasure kind of a story. But in the first chapter, still the story is taking place in the history. I was a bit bewildered and checked out the blurb. Darn, it is a historical fiction.

That reminds me of my last historical fiction I had read - The Mountain of Light - which I had given up mid-way. I was scared this book will meet the same fate.But, though sometimes boring, I had completed it after all.

Title: The Treasure of Kafur