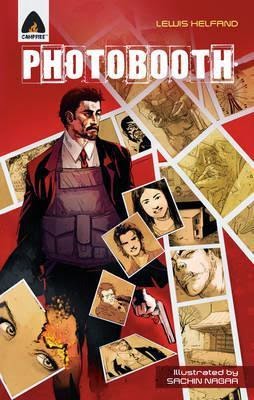 He wanted to change the past, but first he would have to alter the future...

A new deadly drug is about to flood the streets of New York City. The police have no leads on who is producing the drug, or where it is coming from. As far as Praveer Rajani, a reckless Interpol agent, is concerned the only way to prevent countless deaths lies in a handful of mysterious photographs.

Within the photographs, Praveer can see images of places he has never known, and people he has long forgotten. But what are the photographs leading him to? Is Praveer being told that his life is spiraling out of control, and he now has one chance to put things right?

Or are the photographs related to a murder that Praveer is desperate to solve? Perhaps they are showing the love that his brother, Jayendra, let slip away or even the family that his sister, Nisha, wants back?

The mystery will finally be solved in this exciting romantic thriller from Campfire. 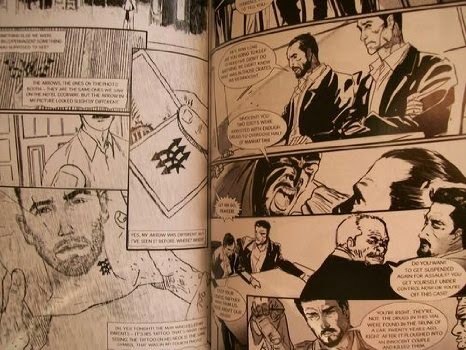 I was first introduced to the Graphic Novels from Campfire Publishers about a month ago. It was Ali Baba and the Forty Thieves Reloaded. The very uniqueness of the idea of the novel had developed an intense liking for the publishers. I had checked their websites and found out it's catalog contains a wide-ranging of Graphic Novels. There were biographies, adapted Graphic versions of famous classics and there were some 'originals'. This Graphic Novel is one of those 'originals'.

The blurb of this novel sounded pretty interesting. Sounded more like a sci-fi - a photo booth producing photos are transformed into the snapshots of future that are only visible to the person in the earlier photos. The concept was pretty original and promising. There could be so much that is possible with such an idea, but the author had totally ruined it. The story seemed as if forced. Forced because the idea was brilliant. Like the idea had suddenly struck the author and he went about spinning a tale that is remotely interesting. As if he had written the story only for the sake that he must write. There was little purpose to it.

I know it must be pretty harsh, me stating all this, but it is the truth. That was my exact feeling. In a spree to add romance, thrill, suspense and all, the author had killed the basic essence of the story. Being just a thriller or a sci-fi would have done the book a great deal good. The mixture of genres just made it worse. Worse enough to make even a Graphic Novel fiend like hate it.

Apart from that, the illustrations, the colouring and everything else artistic were enthralling. If only the story was interesting...